Now a pen, especially a fish pen, is a hard object to let go. But even with the awesome writing powers it may possess, you’ve gotta face the facts: A fish pen can’t really help you open a cupboard. And I’ve got a cupboard that needs opening. Luckily, Annie Robbins called me about ten minutes after I got the pen. 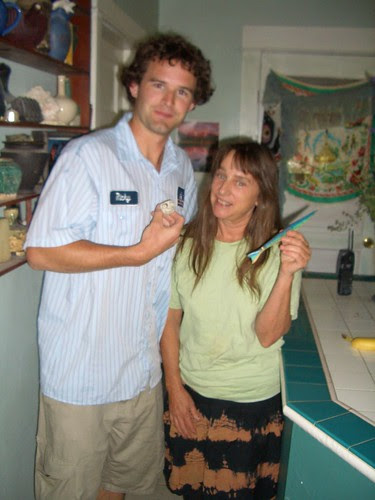 I showed up at Annie's place in Seattle in a minivan filled with my parents, Ian and Colleen, my brother Scott, my brother's girlfriend Rachel and even my Grandpa Nap, which funny enough is his nickname...short for Napoleon. Annie was stoked. She'd never traded with an entourage before. Or met a Napoleon, I think. Annie is a helpful Seattle-based ceramic sculptor who had the ideal object to trade: A doorknob. But not just any old doorknob, oh no, this l’il sculpted mofo looks like E.T. after he smoked a bat. A BIG bat. If I had to name it, which I do, I’d call it a Knob-T. As soon as I laid eyes upon the Knob-T, I just knew I had to get my hand on it. 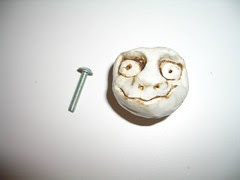 Question from passerby: “What are you holding? Me: “A Knob-T" Passerby again: “What’s a Knob-T?” Me again: “It’s pretty much my favorite Seattle souvenir. It’s like a tripped-out version of E.T. crossed with a doorknob...bred for its skills and magic.” If only. 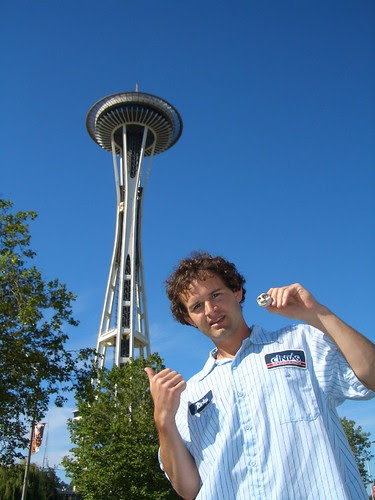 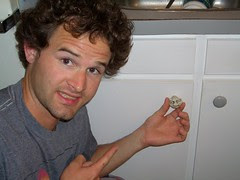 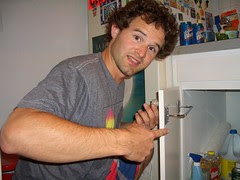 Look at the solvents---Don't they love it? Quiet though, they don't know I'm going to trade the knob away. They'll get over it. They always do. So hands down Annie is the coolest professional potter from the Emerald City I’ve ever met. But get this, there's more: she's trying to get rid of her Mercedes. Her plan is to wait until I get something big enough to trade for the car. I like her plan. It is good.


*Click here to see who wound
up with Annie's doorknob.

Me again: “It’s pretty much my favorite Seattle souvenir. It’s like a tripped-out version of E.T. crossed with a doorknob...bred for its skills and magic.”

This story has inspired me so much.... good luck with your paper clip 2 get a house!!!! Keep your faith in God and u will be suprised what you will acomplish.
God Bless

I don't believe this story ! I think all was a joke betwen u and one advertising society ! gennerally speacking u must be really crasy to accept these trading ! SO I REPEAT IT : THAT'S NO POSSIBLE !

I think this is such an Uplifting, & MOST POSitve news story to hear about as of late! Who`d ever thunk the possibilitys with just a red paperclip. This will make me to think bigGER. SINCERELY Bob D.

I just left as best of acomment as you would like to hear. GOT TO GO now. BYE

This is one of the coolest stories I have ever heard, It makes everyone feel good

Kyle, this is just so intruiging to me. It goes to show you that you can't get what you want without asking eh? Good for you for doing something I'm willing to bet nobody else has ever done before! ~Monica

hay kyle. I am from holland and I read your story. I think your story is very funny and real. It was a exersice from school. My last exersice was Post a comment. Be polite. But I don't now what that means!! I can't type English very wel, so i Appologize. But You did a great job!!:) I hope that you can read this not importent comment!;)

hi my name is alison i'm from aussie
i heard your cool story from our school principal WOW that's awesome i wish that could happen to all of us but- i don't think that'll work very well! cya

Hi Kyle, I'm Marco, from Italy. I was surfing the web when I found this site... "Unbelievable", was the first thing I thought... If this was true... really congratulations man; you're great!!! (sorry for my english!!)
[Fresy80 was here :)]

I love your style! You're funny as sh*t and when I get up off the floor I'll finish reading. :) Good luck!

the red paper clip got the life! kewl!

That's so cool!
I've often wondered how far you could go with Bigger and Better.
Your story reminds people not to give up on their dreams!

liam the boy that made that door knob is my little brother!!